Ulm University (UU) offers education to more than 10,000 students within four faculties. Internationally, UU stands out with its particular comprehensive support of international students. The Times Higher Education Young University Ranking 2017 rated UU as the best German university* under 50 years and among the top 10 worldwide. UU dedicates itself to 12 strategic research topics , most of which are interdisciplinary. UU is, among others, being funded by the Excellence Strategy of the federal and state governments.

The nanocatalysis and femtochemistry group of the Institute of Surface Chemistry and Catalysis at Ulm University focuses on the kinetic and spectroscopic investigation of model systems for important chemical processes. The group is specialized in the study of catalytic reaction mechanism via gas phase kinetic measurements and vibrational spectroscopy as well as in the study of reaction dynamics in the gas phase and on surfaces with ultra-fast lasers. 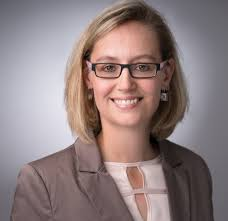